Launched in 2018, Promising Partnership Models for Education in Emergencies sought to explore the nature and impact of partnerships in the global educational response to the Syria refugee crisis in Lebanon. The data was collected at three levels: a global analysis, a network analysis, and a country analysis involving local case studies.

The study uncovered (1) the interaction, relationships, and proliferation of actors over time; (2) the characteristics of their partnerships; (3) the impact of these partnerships on coordination and community participation mechanisms that promote the engagement of localized actors in educational processes and programming; (4) the potential impact of partnership practices on student retention, progression, and integration into local communities via education.

Findings were drawn from a three-year (2018-2021) vertical case study, including over 100 interviews, 250 documents, a network analysis of 440 different organizations, and over 30 site visits and observations of partnership activities.

Data for the project were collected during a time period that saw multiple crises within Lebanon and globally, including political and economic crises, the COVID-19 pandemic, and a devastating explosion in Beirut port. The study also coincided with the Black Lives Matter protests and a global reckoning on racism.

Read more about the research methodology > 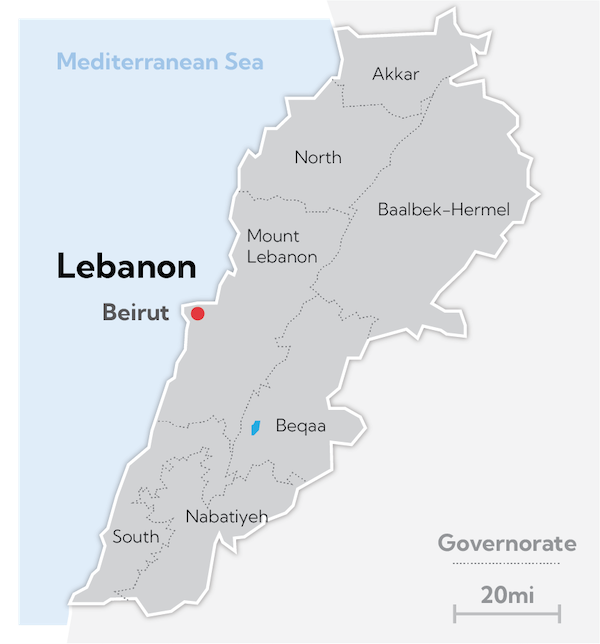 Spanning a decade, the war in Syria (2011-present) has prompted mass displacement on an unprecedented scale. The conflict has displaced over 5.5 million people to date, largely to neighboring countries. With approximately half of all Syria refugees under the age of 18 and an estimated 1.2 million school-age Syria refugee children in Turkey, Lebanon, Jordan, Iraq, and Egypt, the Syria crisis has been a catalyst for partnership-based interventions in education.

Since 2011, various arrangements of partnerships between organizations have been established to respond to the Syrian refugee crisis in education, combining the funds and technical expertise of multilateral agencies, bilateral donors, civil society organizations, companies, philanthropies, governments, and local implementers. Notably, private sector actors—including businesses, philanthropies, religious entities, and other non-governmental organizations (NGOs)—have taken an increasingly visible role. Partnership-based initiatives have resulted in a range of activities, situated at the global, national, and local levels, and reflect a transnational mass proliferation of actor engagement in the education of Syria refugees.

The refugee crisis in Lebanon represents just one emergency the country has faced in recent years. A year after the 2018 parliamentary elections, the country’s debt-to-GDP ratio was the third highest in the world, with unemployment increasing. In October of 2019, protests escalated throughout the country after the government implemented new taxes on citizens who were already suffering from the start of an economic downturn. Frustration grew over lack of government accountability. This led to bank and school closures across the country for weeks at a time while citizens suffered from continued electricity cuts and water and food shortages. Following the 2019 protests, Lebanon saw a 400% increase in food prices and a severe deterioration of the economy.

The COVID-19 pandemic compounded Lebanon’s ongoing political and economic crises. Many children had already been out of school in late 2019 because of the protests, and the outbreak of COVID-19 in March 2020 resulted in country-wide school closures. Children in Lebanon only received between 12 and 18 weeks of schooling during the 2019-2020 academic year, versus the expected 31 to 33 weeks; meanwhile, 45 percent of Syrian refugee children in Lebanon were out of school entirely during this period.

On August 4, 2020, a blast described as one of the largest non-nuclear explosions in history detonated in Beirut port, killing over 200 people and injuring more than 6500. The Beirut Port blast devastated a 6 mile radius of Beirut, damaging 94 public schools; 132 private schools; 22 public technical and vocational education and training facilities; and 20 buildings of the Lebanese University, the only public university in Lebanon.

Our study spanned these multiple compounding crises, offering a lens to understand how narratives and practices in education in emergencies take shape in the context of crisis upon crisis.

The global analysis provides insights into private sector engagement, coordination, and participation in EiE, as well as crisis impacts on partnership arrangements, based on interviews with 55 actors involved in global partnerships and an analysis of 227 organizational documents.

Based on an original database of 440 organizations involved in Syria refugee education in Lebanon, the network analysis examines relationships between organizations and changes to partnership arrangements over time and in response to multiple compounding crises.

The country study offers a closer look at partnership processes at the national and more localized levels of educational programming over a three-year period, based on a comprehensive analysis of 16 organizations and their partnerships and an in-depth examination of three case studies.